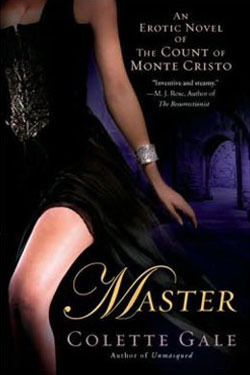 Prologue
1819
Chateau d’If
Off the Coast of Marseille, France

He knew every gray stone in his prison cell, every mortar-filled line between each of them, every change in topography of the dirt floor beneath his filthy, cold, bare feet.

He had stopped counting the days of his imprisonment after one thousand of them, for he no longer cared to keep track of what had become this eternity of worm-filled black bread, dank water, and horrible dark solitude.

He’d spoken to no one for an eon, since the day he’d gone mad at the jailer, demanding to know how he’d come to be here, incarcerated—what he’d done, what crime he’d committed, who had sent him here, what horrible error had been made. But the only answer he’d received had been being thrown into this cell, even smaller and darker than the one he’d previously occupied.

He had nearly stopped reminding himself of his own name.

His lips moved silently, for there was no one there to hear.

But the name that did come to his lips, in a quiet, gentle murmur, like a lifeline to a drowning sailor, was the talisman he’d clung to all these days, these years.

He said it again, no more than a release of breath in his silent world. “Mercédès.”

How many times had he spoken her name?

At first, with anguish…he’d been taken from her, from the woman he was to marry, without a chance for farewell.

Then, with despair. Would he ever see her again? Touch her?

With pain. Would she wait for him? Had she tried to find him?

For a time, the only noises he made were the syllables of her name, desperately sobbed into the threadbare blanket, woven with dust, his lips dry and cracked and tasting dirt. Would she remember him?

At last…reverently. As if her name, her memory, was a light in the blackness of his life. Something to fixate upon, to yearn for, to live for. A talisman. To keep him sane.

When his mind verged on madness, when he longed to end his life but had no weapon with which to do it…when he gave up all hope, he remembered her lively, dark eyes, filled with intelligence and laughter. The smooth, sweet curve of her golden arms, the oval of her beautiful face, reminding him of the painting of the Blessed Virgin Mary hanging in Eglise des Accoules, the church in which they’d meant to wed.

Her lips…God had made them full and red, surely designed to fit Dantès’ own mouth. He saw them wide with happiness on the day he’d come back from the sea and told her he’d been named captain of his own ship…then soft and pliant under his own mouth later that afternoon.

How could he have known he’d be taken from her only two days later?

Who had done this to him? Who had betrayed him?

He remembered how his hands, rough from handling the lines at sea, had smoothed up her warm arms, drawing her close to him on the hidden hillside, bringing her so that he could feast on her mouth, draw cries of pleasure from those sensual, promising lips. Gently tease her, so that he could see the light of love in her chocolate eyes before the sweep of her thick lashes came modestly down like the shutters on her little weather-beaten house.

Even now, God knew how many years later, Dantès clung to the memory of the slip-slide of their kiss, the rhythm of his tongue mating with hers in that warm, wet cavern that echoed the tight, musky one between her legs.

He was there again, as his hands drew away the simple peasant blouse she wore, the undyed linen creamy against her sun-drenched skin, baring a simple gold cross and two lovely breasts, along with the faint scent of kitchen smoke mingled with lemon. Her breasts…the size of oranges, with their own pebbling flesh tightening under his palms, dusky nipples pointing up to the sun as he loved her there in the thick, warm grass and crushed chamomile.

She arched toward him as his hands smoothed down her narrow back, her chin tipping up and the bundle of walnut hair loosening beneath her skull. Bending to close his lips around an offered nipple, Dantès’ own desire had surged when he heard her soft cry of pleasure turn to a deeper one of need. Her legs shifted, opened slightly next to him, her bare thigh brushing his salt-crusted seaman’s trousers. He hadn’t even bothered to change before coming to take her away to their reunion on this secluded hillock.

He sucked and licked, slowly swirling his strong tongue around the point of her nipple, taking all the time he needed and wanted, feeling the comfortable heaviness of his cock as it filled and swelled. One of her hands had loosened the thong that held his dark hair back; now it fell over his face, curtaining it as he bent to her.

Mercédès untied the fastenings of his shirt, her breath quickening when his hand crept to cover her other breast. He spread his fingers over it, then lightly brushed the backs of his nails over her nipple as he gave a long, deep tug on the other one. She moved restlessly, shivered as he toyed with her, the sun hot on the back of his head and his suddenly bare back.

“Edmond,” she murmured, pulling him toward her, away from her breasts so that she could look in his eyes. The expression there filled him with such joy, such anticipation and love that he nearly wept as she guided his face back to hers. She rose beneath him, lifting her mouth, her swollen, puckered lips ardent as they fit and slipped and sucked against his, her hand, surprising him as it slipped down the front of his trousers.

Time blurred for him then, but it was a vortex of sensation—her fingers brushing his hot cock, their mouths mashing together, her low, deep moans, the silky warmth of her bare skin.

Then, somehow, he lay on his back, the brilliance of the blue sky cut by a hovering olive tree above. Mercédès rose over him, her slender torso and glorious breasts half-covered by the fall of her rich dark hair. Her red lips parting to show white teeth, straight but for a crooked one on top that gave relief to her perfection.

He helped her move, straddling him, felt the tight slickness as she fit over his waiting erection. Watched the way her eyes half-closed and her teasing smile sagged into wonder and pleasure.

And he moved beneath her, slowly at first, his hands on her hips, her thighs bent next to his torso. She reached above, her breasts rising, her fingers brushing the low-hanging olive leaves as her face tipped up, her lips parted, her breaths came faster. His world became centered at the place where they’d joined, slick and hot and rhythmic. He moved, she moved, the beauty of it all uncoiled slowly, like a line dropping its anchor to sea until suddenly they were both crying out, both trembling, sweaty and warm and collapsing together on the grass.

“Mercédès,” he remembered whispering, pushing the hair away from her face. “I love you.”

She rose to kiss him again, her breasts full against his chest, her work-worn hand skimming his shoulder. “I’ll always love you, Edmond.”

How many times he had relived those glorious moments during the dark years in this dungeon. The memories, the images had been all that kept him sane those early days…and now…now, perhaps they tugged him into madness, a deep well that he welcomed, for surely it would be a relief to be insane rather than to imagine he’d never see daylight again.

He prayed for death.

On the fourth day of his determination to commit suicide, he stared at the plate of black bread and the cup of brackish water. In his wavering, sick mind, he saw two cups, then three. And multiple hunks of bread, taunting him. His swore he saw a light in his cell. He felt Mercédès’ touch, saw the face of his beloved pere.

And, then, somewhere, he heard a faint scratching.

And, long hours later, a small section of the stones that made up his cell crumbled away and an elderly man’s head poked in.

“I am Abbé Faria,” he said. “And apparently, this is not the way out.”

He wants only to master her…

In Unmasqued, Colette Gale lead readers through a labyrinth of dark, extravagant eroticism* in her lush re-telling of Phantom of the Opera.

Now she revisits two of literatures most famous star-crossed lovers in a bold new tale of sensual revenge.

Edmond Dantes spent years imprisoned for a crime he didn’t commit. Now free, he has returned to Paris in the guise of the powerful Count of Monte Cristo seeking vengeance on those who sent him to jail. But his plan also includes a different kind of revenge on the woman he has never forgotten, the lover he has made it his mission to possess.

Mercedes Herrera was devastated when the man she loved disappeared. Trapped in a loveless marriage, her passions are reignited by Edmond’s return. She alone sees through his disguise…but this harsh, angry man sends chills down her spine even as his very touch reminds her of the passion they once shared. She realizes soon enough that his plan to avenge himself on the men who incarcerated him also includes another sort of revenge…on her.