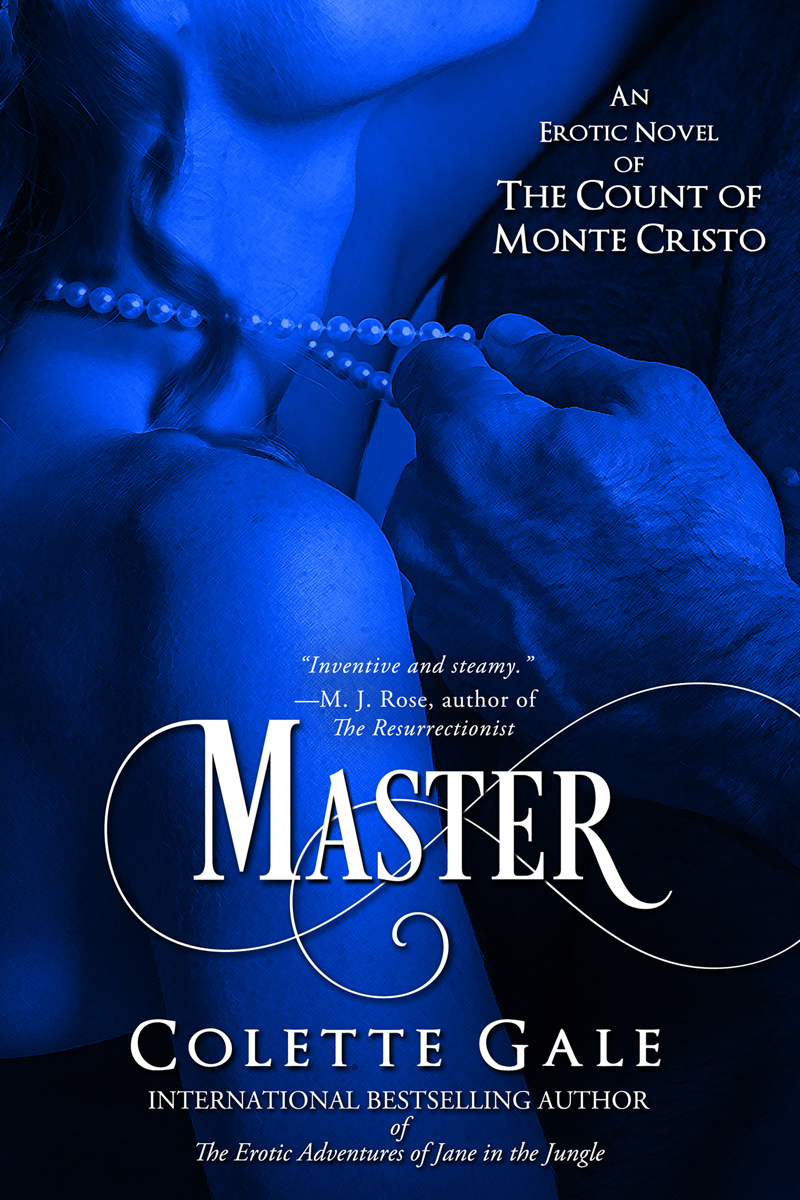 He wants only to master her…

In Unmasqued, Colette Gale lead readers through a labyrinth of dark, extravagant eroticism* in her lush re-telling of Phantom of the Opera.

Now she revisits two of literatures most famous star-crossed lovers in a bold new tale of sensual revenge.

Edmond Dantes spent years imprisoned for a crime he didn’t commit. Now free, he has returned to Paris in the guise of the powerful Count of Monte Cristo seeking vengeance on those who sent him to jail. But his plan also includes a different kind of revenge on the woman he has never forgotten, the lover he has made it his mission to possess.

Mercedes Herrera was devastated when the man she loved disappeared. Trapped in a loveless marriage, her passions are reignited by Edmond’s return. She alone sees through his disguise…but this harsh, angry man sends chills down her spine even as his very touch reminds her of the passion they once shared. She realizes soon enough that his plan to avenge himself on the men who incarcerated him also includes another sort of revenge…on her.